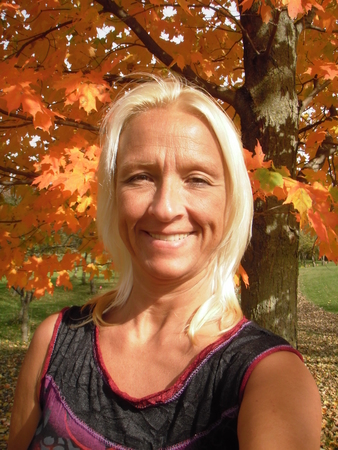 Jane Eliza Stark is an osteopathic manual practitioner who lives and practices in the countryside about fifty miles west of Toronto, Canada. Besides osteopathy (D.O.M.P.), Jane holds credentials in the fields of athletic therapy (CATc), kinesiology (RKin), and pharmaceutical research administration (MS). She has also completed the Evolutionary Osteopathy (EVOST) program in Europe, which she credits with solidifying her understanding of the importance of historical context.

Jane’s primary passion is researching and synthesizing osteopathic history. In 2000, she began examining the life and times of Andrew Taylor Still, osteopathy’s founder. That project not only fulfilled the requirements for a diploma in osteopathy from the Canadian College of Osteopathy, but also became her first academic publication, Still’s Fascia: A Qualitative Investigation to Enrich the Meaning Behind Andrew Taylor Still’s Concepts of Fascia. Since that publication, Jane’s interest has focused on important osteopaths and corresponding events of the late 1800s, culminating in her newly-released book, Journeyman: William Garner Sutherland, the Formative Years (1873-1900).

Jane has the unique ability to situate osteopathic figures, such as A.T. Still, John Martin Littlejohn, and now William Garner Sutherland, in their historical context, thereby enhancing the relevance of otherwise inconsequential lists of facts, probabilities, and possibilities. Her historical renditions are carefully constructed to limit author bias, allowing the reader the freedom to make his or her own determination of the significance of each element of the story. In addition, Jane always provides an easy-to-follow and thoroughly documented set of references, so not only are her writings verifiable, but also serve as lasting and reliable reference works.

In addition to practicing, researching, and writing, Jane has lectured internationally and has taught seminars on many subjects, such as a fluidic approach to fascia, osteopathic history, A.T. Still, the Spanish flu, spirituality in early osteopathy, considerations for patients with acute low back pain, and Sutherland’s approach for patients recovering from influenza. With her travel currently limited by COVID-19 restrictions, Jane is busy working on the companion volume to Journeyman, which is to be titled Fulcrum: William Garner Sutherland, the Professional Years (1900-1954).